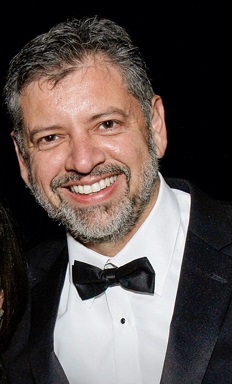 Prof. Dr. Alexandre Vieira graduated as DDS from the Federal University of Rio de Janeiro in 1992 and from a master program in Paediatric Dentistry 1997 during which he investigated fluoride release of glass ionomer cement composite hybrid materials.

His interest in cariology grew from these experiences, and he went on to earn a PhD working on the genetics of cleft lip and palate moving then to a post-doctoral position at the University of Iowa, focusing on human molecular genetics.

Prof. Dr. Alexandre Vieira was successful in getting his first NIH grant at the age of 33, investigating dental developmental problems to analyse gene contributions to children born with cleft lip and palate. With these data, he performed the first genome-wide linkage study on dental caries and brought to light an emphasis that was mostly lacking in cariology, the focus on the identification of the caries-susceptible individual.

His research group became one of the most visible with this approach of looking at genetic variation to suggest an explanation to individual susceptibility to oral disease. He has extended his studies to a number of topics related to cariology, including erosive tooth wear, molar incisor hypomineralisation, and dental fluorosis. Particularly for dental caries, he has looked at defining the disease beyond just the presence of absence of carious lesions, and has worked to unveil disease patterns and trajectories of lifetime disease of individuals to enhance his ability to identify biological aetiological factors for dental caries. He has created the Dental Registry and DNA Repository project, the only one in the world that keeps comprehensive dental clinical descriptions linked to a biological sample (saliva). Currently, the project has more than 6,700 participants.

Prof. Dr. Alexandre Vieira has published more than 350 peer-reviewed papers, editorials, letters to the editor, book chapters and books, recently including the Genetic Basis of Oral Health Conditions published by Springer, which was inspired by his worldwide recognized Craniofacial Genetics course that he has taught for 14 years in Pittsburgh. Also, among his publications, a paper that is the most cited per year in the cleft lip and palate field, and one on the genetics of caries that was the most cited of the year of 2015 in Caries Research.

Recipients of the ORCA/Zsolnay Prize

Recipients of the ORCA/Rolex Prize